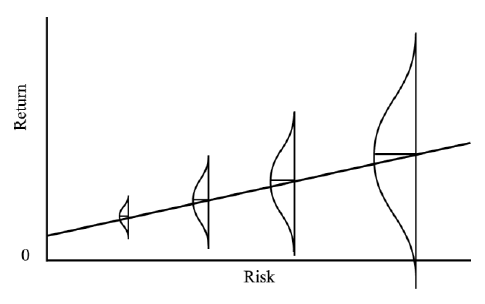 You can read the whole thing here:

Say there’s a traffic jam on a busy road. When new vehicles try to enter the same route, the drivers hear on the radio that there’s a jam ahead and adapt by finding another route. Suppose there is only one alternate route. What happens now? The alternate route forms a second jam!

Later entrants have to choose between the two jams. Predicting the actions of this new group is very hard to do. Maybe the second jam is worse than the first. By the time we hit this third layer of participants, predicting the behavior of the system has become extremely difficult, if not impossible.

Weather is a complex system. However, if, on Thursday, the forecast is for rain on Sunday, is the rain any less likely to occur? No. The act of predicting has not influenced the outcome. Although near-term weather is extremely complex, with many interacting parts leading to higher order outcomes, it does have an element of predictability.

For example, Meredith Whitney predicted the crash of Citibank in late 2007.

She went on to setup her own advisory firm, Meredith Whitney Advisory Group, and made a similar call on American municipal bonds in late 2010 on national television. Retail investors sold in panic. But for the the most parts, nothing happened.

Reflexivity refers to circular relationships between cause and effect. A reflexive relationship is bidirectional with both the cause and the effect affecting one another in a situation that does not render both functions causes and effects. It flies in the face of equilibrium theory, which stipulates that markets move towards equilibrium and that non-equilibrium fluctuations are merely random noise that will soon be corrected.

Reflexivity asserts that prices do in fact influence the fundamentals and that these newly-influenced set of fundamentals then proceed to change expectations, thus influencing prices; the process continues in a self-reinforcing pattern.

Behavioral dynamics is key to understanding complex adaptive systems. One should have a mental model that incorporates higher-order thinking when it comes to navigating the markets.

The big question is, how different is listening to stock-market predictions from listening to an astrologer, reading horoscopes or believing in vastu?

“…how wrong it is to use God as a stop-gap for the incompleteness of our knowledge. If in fact the frontiers of knowledge are being pushed further and further back (and that is bound to be the case), then God is being pushed back with them, and is therefore continually in retreat. We are to find God in what we know, not in what we don’t know.”

Previously, we had highlighted the difference between ‘Long-Term Investing vs. Buy And Hold Forever’ (src) Economies shift, competition catches up, moats wither away. So it is essential to have a periodic review of your portfolio.

Recently, in a post titled ‘The answer is that there is no answer’ (src) we saw the inherent contradictions that exist in asset management.

James Osborne over at Bason Asset Management brings it together brilliantly:

The world is a complex place and how each generation of investors experiences these long term truths may be very different. This is simply a reminder that in some periods, we may have a different experience than these long-term facts.

Most importantly we should be aware that “over the long term” doesn’t mean “always” in advance so that we aren’t surprised when we experience the opposite result of our long-term beliefs.

The whole thing is worth a read.

The answer is that there is no answer

Here are a bunch of excerpts from articles I have been reading that might sway you to conclude that all investment managers are bipolar masochists.

The truth is, almost everything about superior investing is a two edged sword:

Source: Dare to be Great II

Value works. Growth works. Momentum works. Quality works. They just don’t all work at the same time. A combination of these factors work most of the time, but there are times when a single factor is dominant.

You have to be able to recognize the regime shifts and deploy the right combination of models out of your toolkit accordingly.

Source: A quant lesson from a technician

The worst mistakes often come from being too smart for your own good, especially when putting too much trust in your experience, perspective and instincts.

Jim Jubak, beginning in 1997 and continuing for twelve years, wrote one of the first and ultimately the best-read stock picking column on the Internet, “Jubak’s Journal,” for Microsoft’s MSN Money. His initial boss, a hotshot software guy, said: “If you’re so good as a stock picker why don’t you do what no one else does and issue clear buys and sells and then track the results.” That resulted in what we believe was the first online, daily-priced stock portfolio on the Internet, Jubak’s Picks.

In 2010, Jubak apparently decided that investment management looked awfully easy and so launched his own fund.

Which stunk. Over the three years of its existence, it’s trailed 99% of its peers. And so the Board of Trustees of the Trust has approved a Plan of Liquidation which authorizes the termination, liquidation and dissolution of the Jubak Global Equity Fund (JUBAX).

There is a constant barrage of people they throw at you in the financial media, each one a seeming expert in their field. The majority of these people spend their time making endless predictions about stocks, the economy, interest rates, company earnings, etc.

Because these are all intelligent-sounding people, it’s very easy to get sucked into believing every single forecast they put out there. Some will be right some of the time. Most are wrong most of the time.

What’s surprising is not that Jubak setup his own mutual fund, but the fact that it still has $16 million in assets. Go figure…