StockViz introduced Themes back in August 2013. We went live with two strategies: Momentum, rebalanced once a month, and Quality to Price, rebalanced once a quarter. The Modi bull market was just getting started and returns were spectacular in the beginning. Here is Momentum, from Jan-2014 through Dec-2015:

And then, in Jan-2016, the Chinese market crash rippled through world financial markets (WaPo). Momentum collapsed. This is the previous chart extended to June-2016: 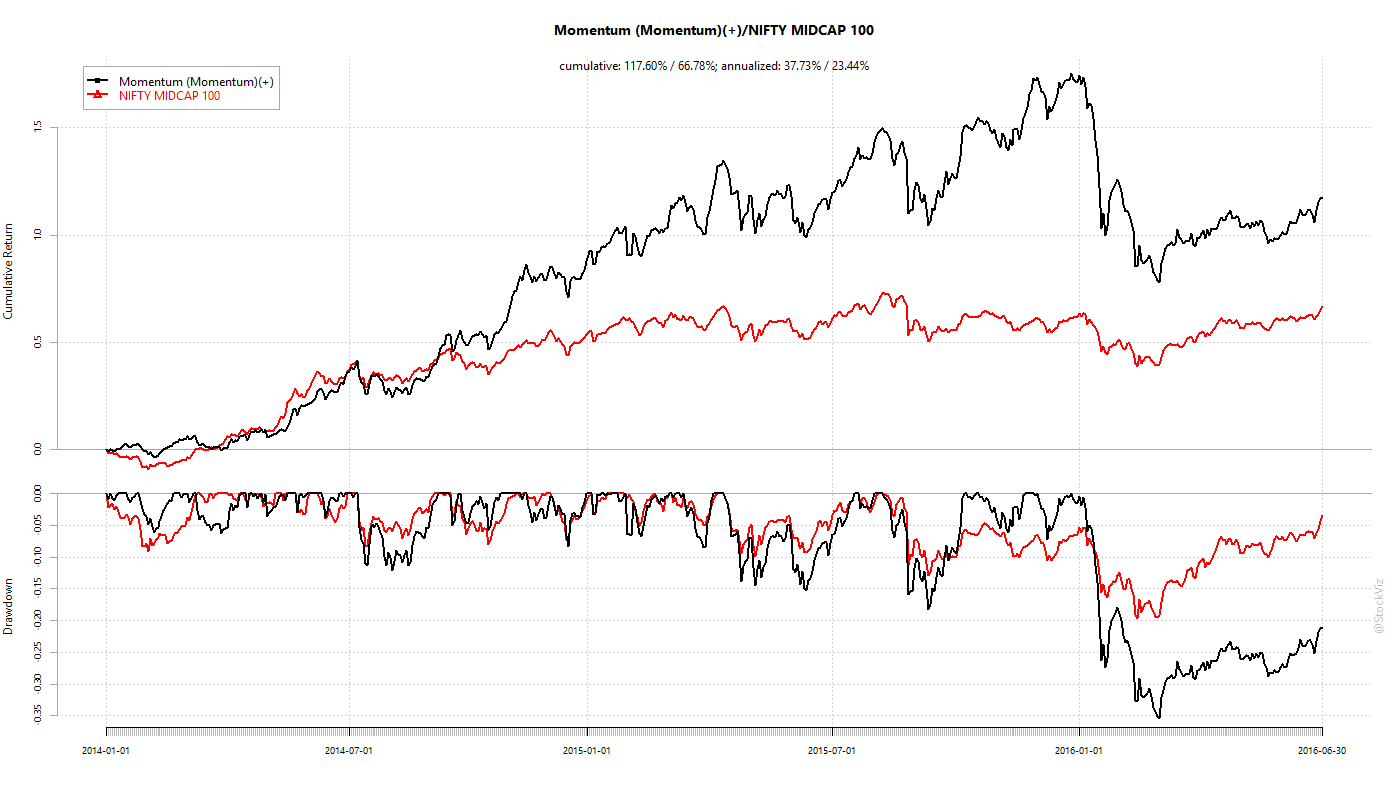 Momentum investors clamored for a safety net. Enter stop-losses. We created a new set of Themes, called Momos, that had a 5% trailing stop loss at the position level. Positions hitting the stop loss were substituted with stocks that had favorable momentum and trend. The logic was that if the entire market crashed, the strategy would be in cash until stocks gained momentum. We introduced these Themes in June and they worked as advertised on the subsequent market correction in November that year. Idea validated? Here is a chart comparing the returns of Momentum (vanilla) vs. Momo (Relative) v1.1: 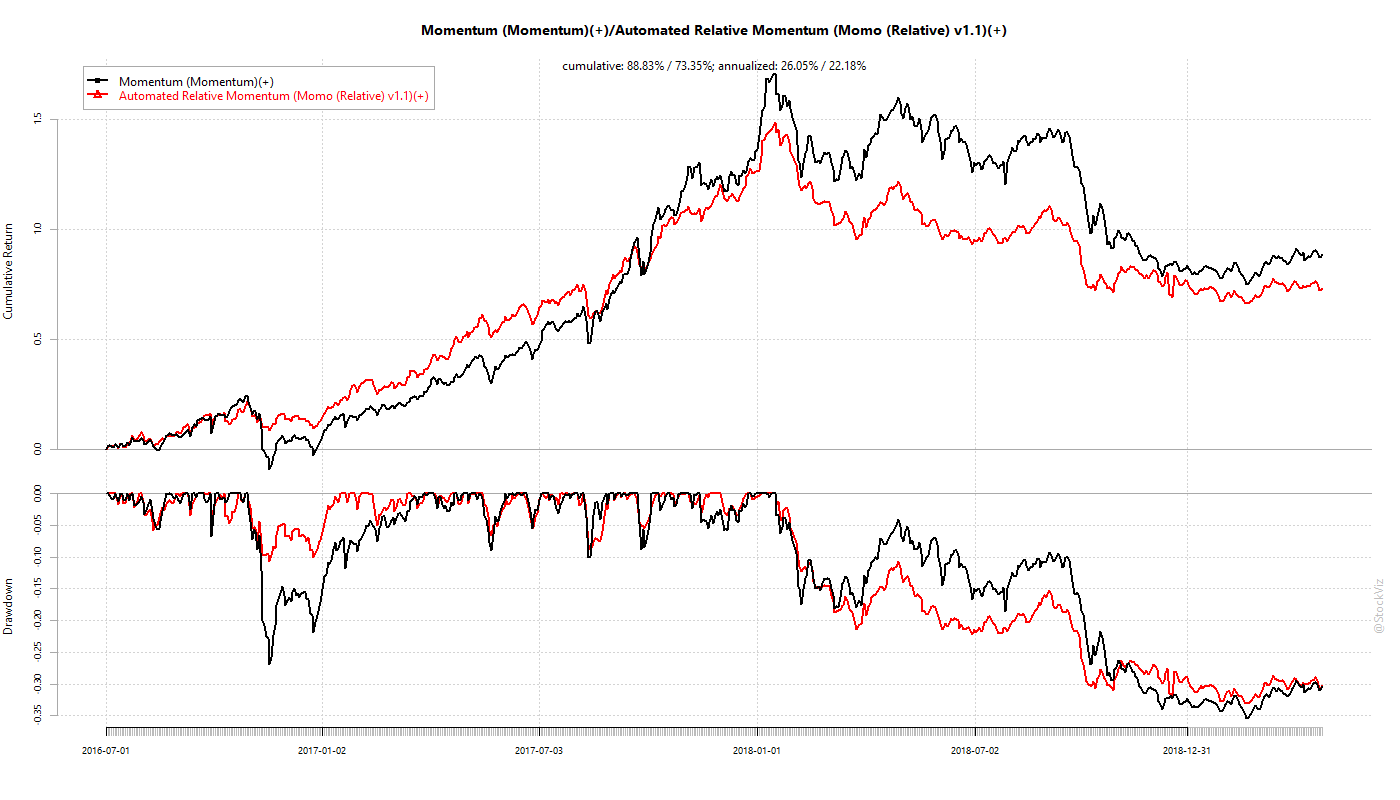 Momo trails its plain-vanilla counterpart over a ~3 year period. There has been plenty of volatility during that time – November 2016, August 2017 and January 2018 through now. And Momo traded a lot more than its plain-vanilla counterpart (the turnover charts are on the Theme pages linked above) through these bouts of volatility. And what was saved through stop-losses was paid for in taxes and transaction costs. Here is a chart that shows the Momo strategy with and without transaction costs: 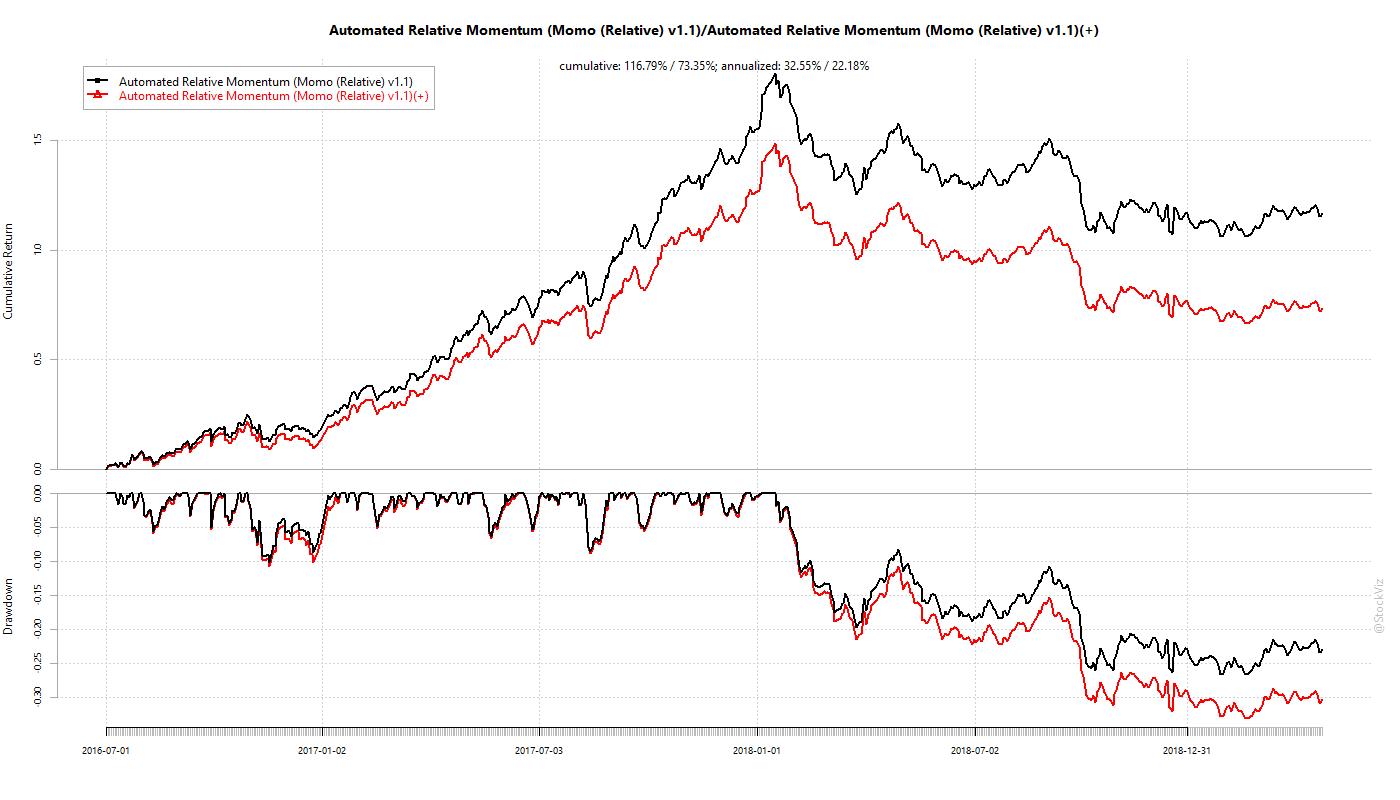 So, are stop-losses worth it? Probably not. It is very difficult to de-risk a high-risk strategy intrinsically. It is better for investors to focus on asset allocation to bring down overall portfolio volatility to a level that they can bear. Think of it like trying to tame a tiger. You may very well succeed. But a tame tiger is a cat.