Book Review: The Geometry of Wealth

In The Geometry of Wealth: How to shape a life of money and meaning (Amazon,) author Brian Portnoy starts with the difference between being rich and being wealthy and takes us through what it means to our investments and career choices.

While it may come across as a cross between a self-help and a personal-finance book, it is not as boring as those typically are. Besides, it is concise, running at around 150 pages.

What I like the most about this book is that it makes you take a step back and question why you are doing what you are doing. What is the whole point of saving and investing? It is a means to an end. Not an end in itself. Also, we are wired to think that something complex is better. But in investing, it is the simpler things that compound your portfolio. And simple doesn’t mean easy.

In the book Everybody Lies: Big Data, New Data, and What the Internet Can Tell Us About Who We Really Are (Amazon,) author Seth Stephens-Davidowitz provides a peek into how “big data” can help us understand the world around us provided we know how to ask the right questions. And that, depressingly, people are consistently lying to themselves.

The author goes on to show how some of the most successful companies in recent memory are based on capitalizing on the difference between what people say they are and what they really are. 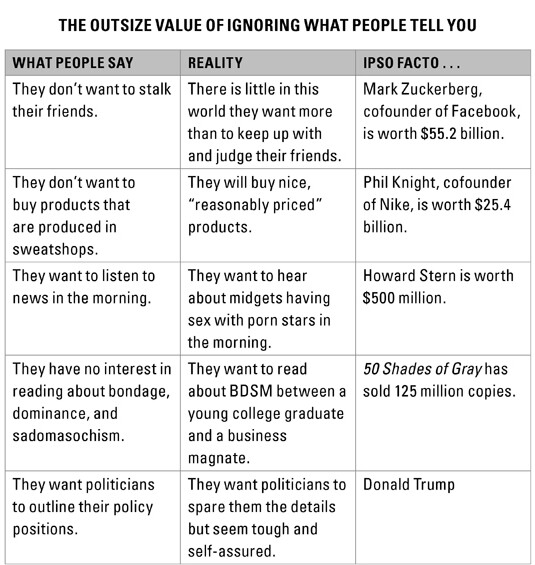 The book also touches on a common problem faced by quants who are trying to use big data for building trading models: the curse of dimensionality. We discussed this in our GEM and SMA series of articles (GEM, SMA) – there is no single “best” look-back period for calculating momentum or moving averages. There are trade-offs involved and there is always risk. These issues tend to snowball when using large, multi-dimensional data-sets to a point where it is hard to discern signal from noise.

The principal take-away from this book is that big-data is useful to answer questions typically raised in the social sciences and public policy. But a poor fit where the underlying data is heteroscedastic or the system itself is complex-adaptive.

In the book Scarcity: Why having too little means so much (Amazon,) authors Sendhil Mullainathan and Eldar Shafir show how scarcity impairs judgment, and decision making.

The book lays out how scarcity – of time, money and attention – ends up creating tunnel vision that trades short-term hacks to longer-term solutions. However, the book is short on solutions and long on anecdotes. It is almost reads like a teaser to Nudge. The book is also a strong endorsement for having a bit of slack in our lives.

Toward the end of the book, I couldn’t help but conclude that the only way not to fall into the scarcity trap is to automate an increasing amount decisions that we make. Everything from buying toothpaste to scheduling appointments can be handled by bots so that we can take longer naps.

In Why Nations Fail: The Origins of Power, Prosperity and Poverty (Amazon,) authors Daron Acemoglu and James A. Robinson compress over 15 years of research on what drives the growth of nations.

In the book, The Dictator’s Handbook: Why Bad Behavior is Almost Always Good Politics (Amazon,) authors Bruce Bueno de Mesquita and Alastair Smith systematically present the idea that whether it be an autocracy, a democracy or something in between, leaders do whatever keeps them in power, regardless of the national interest.

From the book:
Our starting point is the realization that any leader worth her salt wants as much power as she can get, and to keep it for as long as possible.

Paying supporters, not good governance or representing the general will, is the essence of ruling.

In politics, coming to power is never about doing the right thing. It is always about doing what is expedient.

Having competent ministers, or competent corporate board members, can be a dangerous mistake. Competent people, after all, are potential (and potentially competent) rivals.

The three most important characteristics of a coalition are: (1) Loyalty; (2) Loyalty; (3) Loyalty. Successful leaders surround themselves with trusted friends and family, and rid themselves of any ambitious supporters.

Recommendation: Worth a read. Or, you could just watch this video instead: