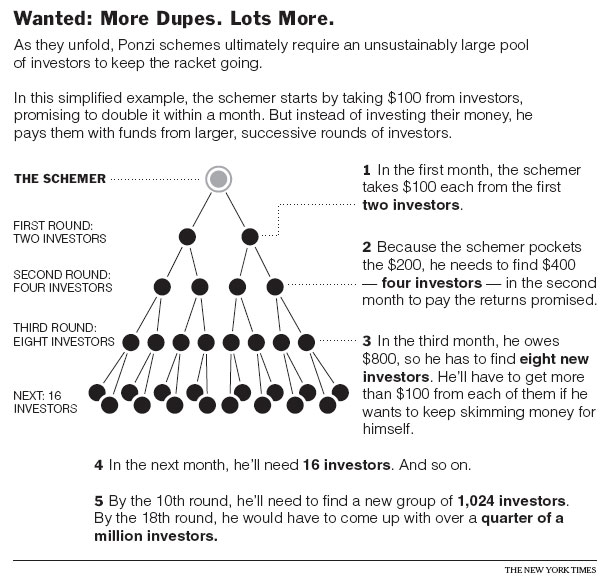 A Ponzi scheme is an operation that pays returns to it’s investors from either the investors own money or money paid into the operation by subsequent investors. The word “Ponzi” refers to Charles Ponzi, who, in the 1920s, promised clients a 50% profit within 45 days, or 100% profit within 90 days, by buying discounted postal reply coupons in other countries and redeeming them at face value in the United States as a form of arbitrage. In reality, Ponzi was paying early investors using the investments of later investors.

Ponzi schemes are doomed because their funding requirements increase geometrically over time. So there are not too many exit strategies for the person running a Ponzi scheme. It always ends ugly. However, that doesn’t mean that people don’t try. In 2009, 20% of the fraud cases investigated by the U.S. Securities and Exchange Commission (SEC) were Ponzi schemes.

Next, we see how chit-funds operate and how they are just a tiny step away from being Ponzi schemes.