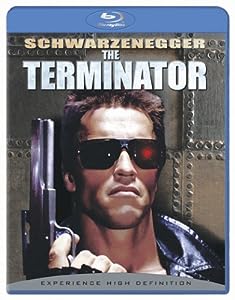 Research by Daniel Kahneman, recipient of the Nobel Prize in Economic Sciences, shows that humans are better at thinking about rational decision making than actually practicing it. Is it any wonder then that securities trading, a field that requires fast, emotionless decisions are now increasingly being handed over to machines?

Institutional investors were the first to embrace algo-trading. It offered them the convenience of entering large orders and leaving the machines to divide these large trades into several smaller trades to manage market impact, and risk. Since then, algo-trading has spread like wild fire to encompass a wide array of trading strategies like statistical arbitrage and trend following. As of 2009, Algo-trading firms account for 73% of all US equity trading volume. And according to recent disclosers from the National Stock Exchange (NSE) roughly 30% of trading in the Indian equity market could be algo-based.

The biggest draws of algo-trading is speed and objectivity. Machines can make calculations faster, and they can also monitor several markets more quickly than a human can for simple market conditions to occur in order to justify taking a position. Machines follow their programming in an objective and repeatable way. They also do not suffer from the emotional and health problems that human traders can have which can affect their objectivity when trading online.

Their biggest draws are also their biggest flaws. Unless proper risk management controls are in place and regular human supervision occurs, an otherwise successful trading algo can quite suddenly rack up a substantial set of losing trades if market conditions become especially unfavorable.

Why must the fate of the world always be in the hands of an idiot?

The bigger problem though is people not understanding how these algorithms work. A majority of domestic stock brokers do not have expertise to re-write their algos and use templates from third party vendors. They do not have expertise to track as to how their algos work. So, when the techniques are closely identical, it causes chaos. It is believed that this is why a buyer was offering higher price for a security than the seller intended to sell and trading was disrupted nearly for an hour on NSE in May.

After algo trading was considered the key catalyst for some of the recent instances of market crash, including a sharp fall in Infosys shares, the NSE and the BSE have imposed separate charges on the use of algos to curb excessive speculation, misuse of the technology and also keep a check on the pace of rise in algo volumes. The exchanges have now imposed a fee of one to five paise per algo order or modification of the trade. At least 50% of algo trading is expected to be affected by this fee.

Be that as it may, algorithmic trading is here to stay. The steady march of technology and cloud computing will ensure that machine trading will become more affordable and percolate down from institutional investors to individual traders and investors.