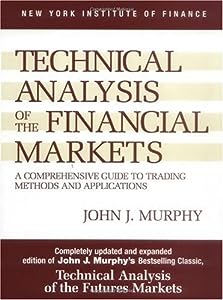 This is a review of the second chapter of John J. Murphy’s Technical Analysis of the Financial Markets.

Most of what we call technical analysis today has its foundations in what Charles Dow proposed around the turn of the 19th century. His primary goal was to predict the course of the economy by looking at the stock market index he had created.

The averages discount everything

The sum of the transactions of the stock exchange represent the sum of all Wall Street’s knowledge of the past, present and distant, applied to the discounting of the future. The markets reflect every knowable factor that affects over all supply and demand.

The market has three trends

A trend has three parts:

The direction of a tide can be determined by noting the highest point reached by successive waves. When the highpoint of each successive wave recedes, the tide has turned out and is ebbing. Dow opined that market tides last for more than a year and typically run for several years.

The secondary trends last three weeks to three months. These intermediate corrections retrace 1/3rd to 2/3rds of the previous trend movement and most frequently about 1/2 of the previous move.

The minor trends last for less than three weeks and represent fluctuations in the intermediate trend.

This is similar to the Elliot Wave Principle we discussed earlier.

The averages must confirm each other

Dow would look for confirmation of a bull or bear signal from both the Industrial and Rail Averages.

Volume must confirm the trend

Volume should expand or increase in the direction of the major trend.

From 1920 to 1975, Dow Theory signals captured 68% of the moves in the Industrial and Transportation Averages and 67% of those in the S&P 500 index. An understanding of the Dow Theory provides a solid foundation for further studies in technical analysis.