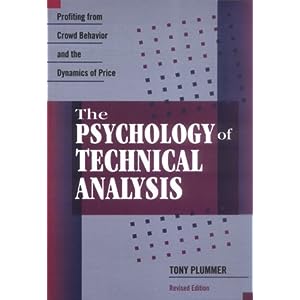 Review: The Psychology of Technical Analysis

We have discussed various styles of investing, including one based on technical analysis. Technical analysis flies in the face of the efficient-market hypothesis. EMH says that the prices of assets already reflect all past publicly available information. However, by using technical analysis, one is trying to use past data to project future prices, something that wouldn’t be possible under EMH.

Over the next few posts, I will be reviewing chapters, in sequence, of the book: The Psychology of Technical Analysis. Hope you will join me in the journey towards discovering the secrets of technical analysis!

The amount of money raised through initial public offerings in India has fallen by more than 80 per cent year on year. In the past six months there have been 22 listings in India, raising a combined $780m – down on the same period last year when just over $4bn was raised in India through 28 IPOs. This could be because of heightened PE activity, with players looking to preempt companies from going public.

Getting Started Investing for Beginners

We created a compilation of previous posts on StockViz for you to get started investing. Hope it helps!