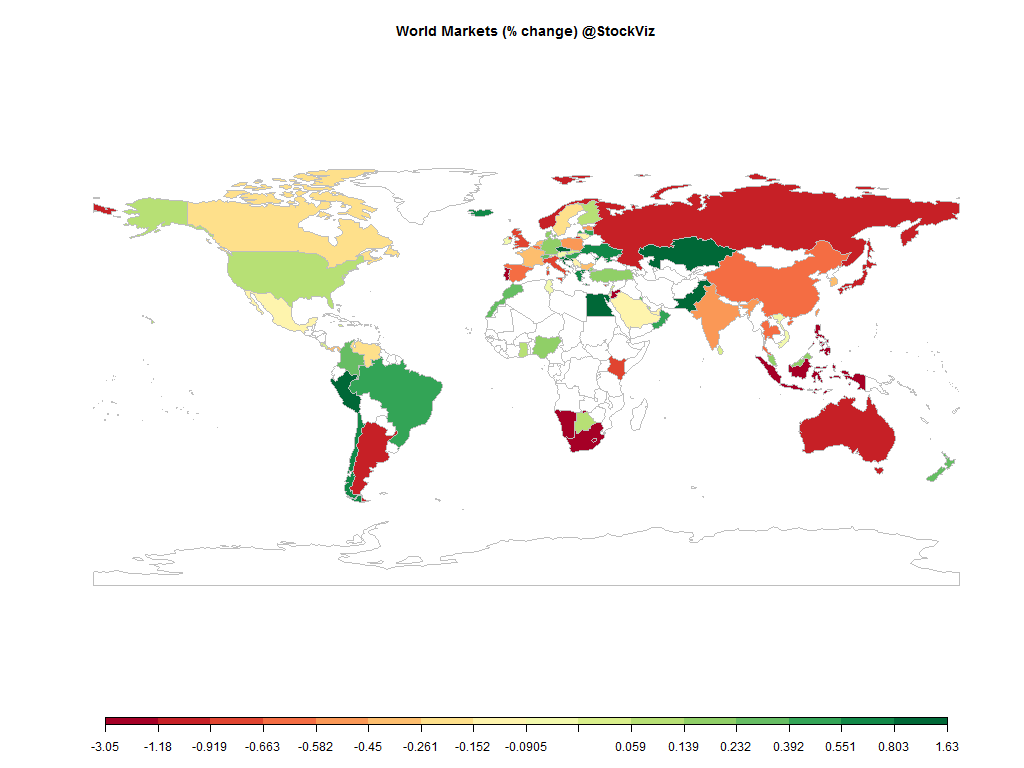 However, total capital expenditure is set to hit its lowest level since 2010. (FT)

The consumer did not enjoy the full benefits of the drop in crude oil prices as the govt chose to retain a decent portion of the benefits instead of passing it on. (LiveMint)

Has Saudi Arabia’s gambit for market share failed? Compared to the peak almost exactly one year ago, the number of US rigs drilling has collapsed by 62%. However, US producers have managed to offset the decline in drilling with efficiency gains, keeping overall output constant. (FT)

The reason for India’s lack of progress are policies that prevent sustained growth, and that these policies ultimately derive from the Constitution of India. India’s Constitution allows deliberate political and economic exploitation. (Deeshaa)