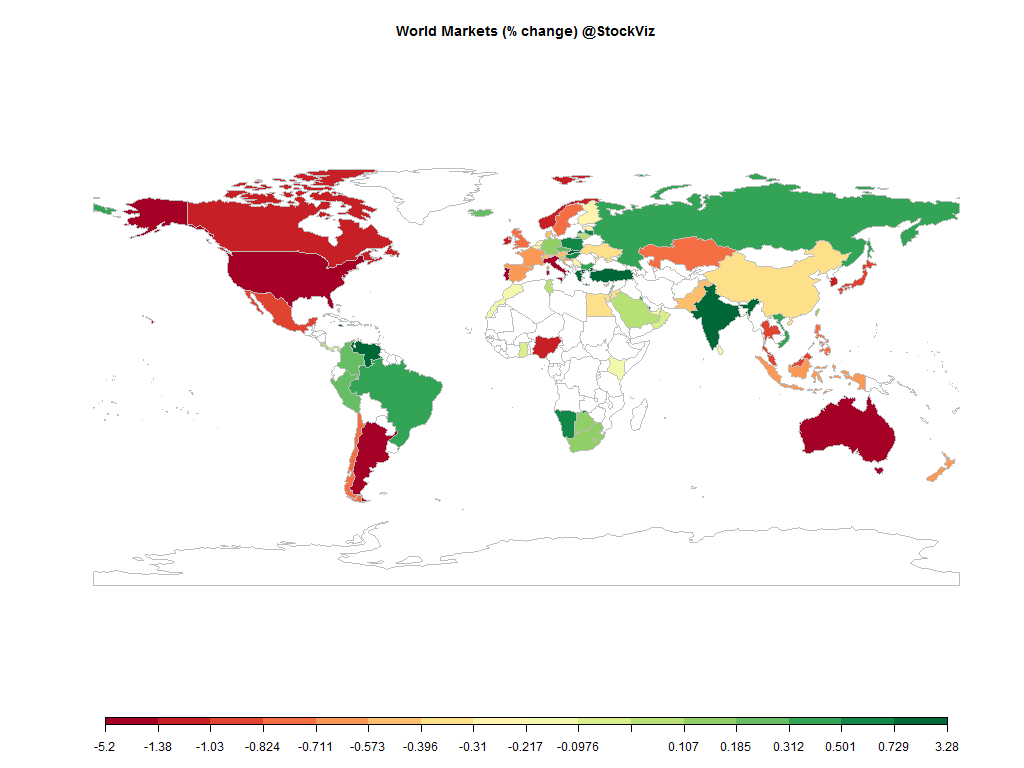 Whiplash so bad that investors will be reaching for their neck braces. SPX crashed overnight and NKY is not doing much better this morning either. US Dollar firmed up overnight as well. Oil continued to get shellacked. This week cannot be over soon enough…

Everyone hates e-commerce, except consumers. Which means that they must be doing something right. (LiveMint)

Oil prices sank to their lowest point in nearly four years on Thursday, as traders feared that slowing economies around the world could struggle to soak up steadily growing supplies. Nymex November WTI crude was down as much as 3.7% at $84.06 per barrel, while ICE November Brent was off 3.2% at $88.42, the cheapest since December 2010. (FT)

The US bull market is now more than 5.5 years old and the Fed is retreating. 2014 may be a year of consolidation and digestion. (BV)

Good luck and have a nice weekend!